Hallec is a barbarian from the north whose extremely loud war cries and skill with broad axes makes him a formidable fighter. He wears a bear skin on his head. In the past, his village was involved in a tribal dispute that was solved by the Flame Champion, so he was grateful. He then came from the north to meet the Flame Champion. After the Second Fire Bringer War, he went back north to his village to help it with Tuta and others. - KoRnholio 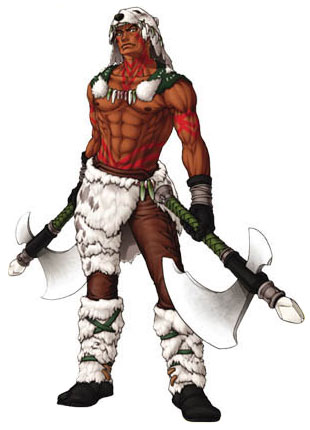