Dario is a pirate, who sails his ship and leads his men in the name of Lady Kika, as her right-hand man. He is crude and unrefined, just like one might expect pirates to be. He believes in justice and fights for it, like her, but isn't as level-headed, and will jump at the chance to attack anything he deems necessary.

At some point, his friend Louise handed him her child, Nalleo, whom she could not raise, for undisclosed reasons, telling him to raise Nalleo as his own. Dario, while bitter towards her about this, obliged and keeps Nalleo under his wing, training him in the ways of the pirate. He treats Nalleo with all the love he would his own son, although he wishes that Nalleo wouldn't try to copy his every action.

During the Island Liberation War, he is hired by Ramada to attack Razril, but fails and is forced to flee. Near Obel, he sees and attacks who he thinks are mermaid poachers, who end up to be Lazlo and his entourage saving one. Luckily, his boss Kika stops him before he goes too far.

When Kika joins forces with Lazlo, he does too, and helps drive out the Kooluk from all Island Nations territories. Here on the main ship, he sees Louise again, although he tries not to stay bitter about what she did to him, he generally avoids her. After the war is over, he tries to set up Nalleo as a pirate in his own right, but soon Nalleo joins him again under Kika.

Dario, along with his fellow pirates, travel with Kyril's entourage as they ventured deep into Kooluk territory to destroy all the remaining rune cannons. By the time this is over, they are itching to get back to the seas, and Dario again returns to the life of a pirate. - KoRnholio 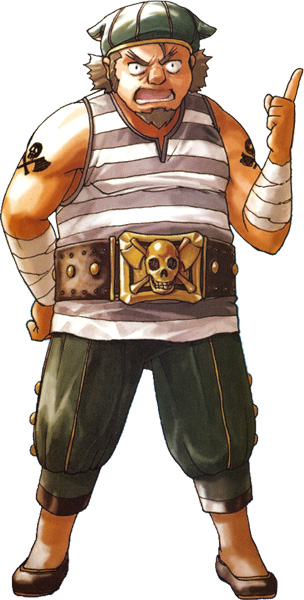