The son of the Lord of Middleport, Schtolteheim III is a narcissistic young man who enjoys music and fine art. However, despite his foppish tendencies, he has a genuine sense of duty that sets him apart from his father, and is also quite skilled in the arts of fencing and magic.

Schtolteheim is quite fond of the Rose Crest that was made for him by Gareth - in fact, the simple act of its delivery from Nay to him, by Lazlo, prompted him to fight alongside Lazlo against the Kooluk.

He feels responsible for his manservant, Micky, and takes him under his wing, protecting him and encouraging all aboard the ship to read the novel he's writing.

He also has no desire to force Millay into an arranged marriage with him, and, along with Lazlo, saves her from the thugs hired by his father who were sent to subdue her and bring her back to Middleport to wed him. He informs her that there is no danger of that happening, and that he is a member of Lazlo's army, before she boards and joins too.

On the ship, Schtolteheim gets to know Charlemagne, a resident of Middleport not only whose sophistication and generosity equal his own, but also decided to fight under Lazlo's banner. The two develop a friendship that would last long after the war ended.

After the war, he returns with honor to Middleport, and succeeds his father's business. However, he is devastated when his Rose Crest is stolen by thugs. He asks Charlemagne to find it and retrieve it, but when he doesn't come back, he contacts the Middleport Quest Guild for further help. Kyril ends up answering the call, and finds the criminals in charge at the Terana Plains in Kooluk at about the same time that Charlemagne did, and together are able to retrieve the Rose Crest. Upon its return, both he and Charlemagne decide to fight with Kyril. - Matt620, KoRnholio 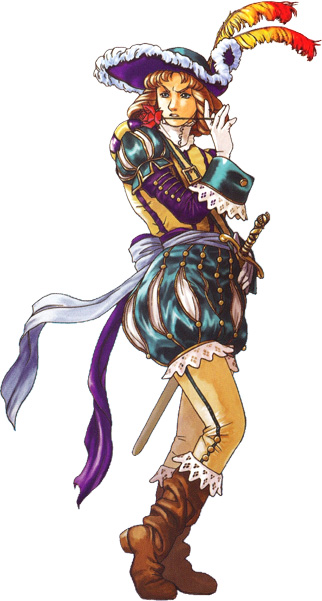