Shiba is a first-class fighter in the Lizard Clan, and an impressive one at that. He is noted to be the fattest of the lizard fighters, a fact of which he is conscious of. He joined the Fire Bringer with the rest of his fellow lizard fighters, but settled down and got married after the war. - KoRnholio 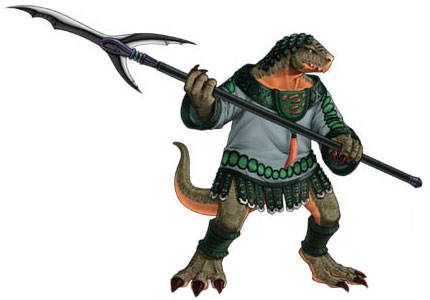