When Humphrey and Futch reached the top of Mt. Rakutei, they found a dragon egg, out of which soon hatched Bright: a very rare white dragon. Bright was subsequently raised by Futch; early in his life, he helped save a small village in Harmonia from a wild dragon that was terrorizing it. Bright shows up again with Futch in the Grasslands during the time of the Second Fire Bringer War, all grown up. - Blue Moon, KoRnholio 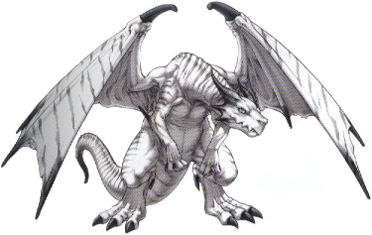