Lu is the quirky little girl who hangs out in Estrise with Professor Babbage and Sorensen. She enjoys mechanical devices as much as the professor does, but she's not interested that much in their intentions or how to create them, she just likes to see them in action.

Her revolving crossbow was designed by Babbage and constructed by Sorensen. She definitely is a careless girl who barely remembers the things she says, forgetting that she called the Prince "Apprentice Number 2."

She accompanied the Prince and Babbage as they went to dismantle the revolving bridge. After the bridge was dismantled, Babbage gave the gear to Lu to hold onto. After both Babbage and Sorensen left to join the Prince's castle, Lu stayed in Babbage's workshop, but she lost the gear she had in the mess. The Prince stopped by and found it, and Lu asked to join, so she could be the captain of the "Pretty Girls that go Dink-Dink-Dink" brigade.

Lu is very jealous of Jeane's beauty, and wonders why no one called her "cute" when she was younger. She resolves that Jeane used to be ugly as a child, and became beautiful by "blasting the ugly" with her magic. She becomes Babbage's main apprentice when Sorensen is up in the Ashtwal Mountains researching the [Sindar] contraptions, and does an alright job, with a few notable exceptions. - Matt620 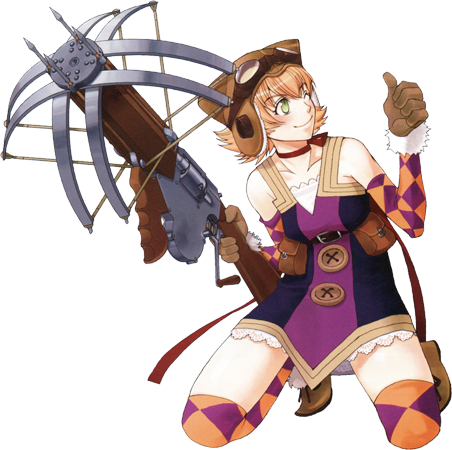