The youngest beaver sibling of five, Moroon is a rebellious beaver who hates humans and never wants to be around them. Thus, he runs away to the Baska Mine, where there are few, if any, humans around. However, once Beaver Lodge burns down, Meroon drags him back home to tell him about it. He quickly blames the humans, but Maroon is quick to point out the difference between the Prince and Godwin's men. Moroon doesn't want to hear it, but Maroon states that Moroon just ran away because he couldn't deal with the world.

Muroon continues and says that all beavers had been running from humans, and that is what led to the problems that hit Beaver Lodge. Moroon still doesn't listen, but Meroon cries and doesn't want them to fight. Moroon relents for her, and tells the Prince he'll join his army just so that Godwin will be ousted and the beavers made safe, and because he doesn't run away from his problems.

Moroon still has racist tendencies against humans even after joining the Prince's army, and they annoy Ax to no end. After the war, Moroon returns to his life of a wanderer, but is dragged back by Meroon each time. - Matt620 (article), Basel (image) 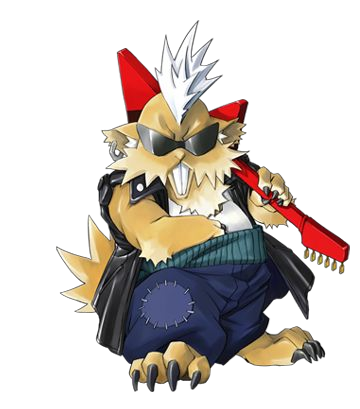