Mel is a girl who has a doll: Branky, which she will talk (very rudely) through; although she denies that allegation, insisting that Branky has a mind of its own. To punish Branky for acting up, which is most of the time, she will hit him against a wall. She also uses Branky in battles, for immense fighting power. She joins the Fire Bringer, but after the war she left to purportedly visit Branky's hometown. Maybe Branky is a creature that attached itself to her hand. Or does Mel want to go that far to make people think she's not a ventriloquist? - KoRnholio 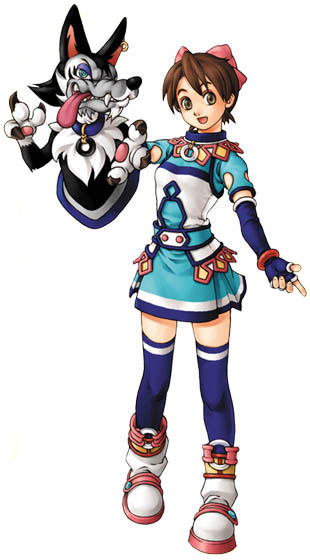