A spearman of Armes, Nakula was injured while fighting and captured by Sable's forces. He fought so well that General Dinn ordered that he be treated, regardless of his origins.

Most people who saw him just assumed that he was fighting as a rear guardsman to let Jidan Guisu get back to Armes, but this wasn't really the case. He had business in Falena with Nether Gate. One of their assassins, a smiling, grinning girl, killed his father, the head of the Darja Clan in Armes, for advocating drastic measures against Falena. Nakula swore revenge and was hunting the assassin ever since, even dropping contact with his twin brother who believes the life he leads now is more important.

Nakula did not know about the disbandment of Nether Gate or how Lord Godwin adopted them as his private assassination force, so, when Lyon called the Prince "Your Highness", he asked the Prince about it. When Lyon decides to look into things by asking Oboro, Oboro immediately asks to go see him.

When Oboro and his two investigators, Shigure and Sagiri, go back to Sable's inn, Nakula immediately recognizes Sagiri as the culprit. Shigure prevents him from attacking, telling him about Sagiri's brainwashing and her constant smile. Nakula thinks things over, and decides that he will join the Prince's army: he will take out Nether Gate first since the Prince's struggle is more important.

Nakula keeps tabs on Sagiri the entire time during the war, and realizes that Shigure spoke the truth: Sagiri really doesn't know how to show any facial expressions other then smile. He realizes that killing her will never eliminate Nether Gate. After the war, he leaves to hunt down every last member of Nether Gate, promising Sagiri that he will save her for last. - Matt620 (article), Basel (image) 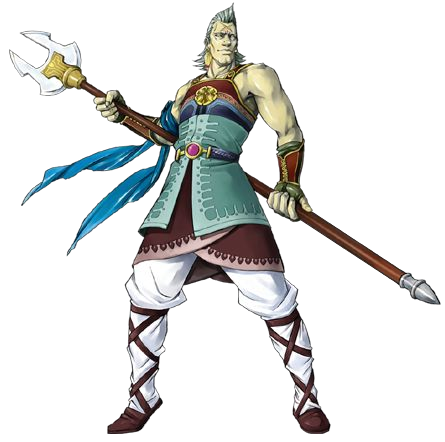