Peggi is a lizard fighter-turned blacksmith due to injury. He was in the employ of the Lizard Clan until his tools became so worn they were unusable. Then he accepted an offer from the Fire Bringer to work for them at Budehuc Castle. He even stays after the war. His very loud voice makes people think he is always angry, but that is not the case. - KoRnholio 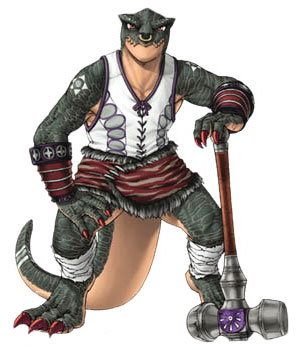