Queen is a member of the Twelfth Unit of the HSFDF, who is well acquainted with both a sword and magic. She was born to an aristocratic family in Sanady, a country which was conquered by Harmonia and forced into third-class citizenship. After joining Geddoe's Twelfth Unit, she began butting heads with Elaine of the HSFDF's Fourteenth Unit, as being the only women in their respective units, they felt as though they were rivals. She feels a strong loyalty to Geddoe and follows him wherever he goes. - KoRnholio 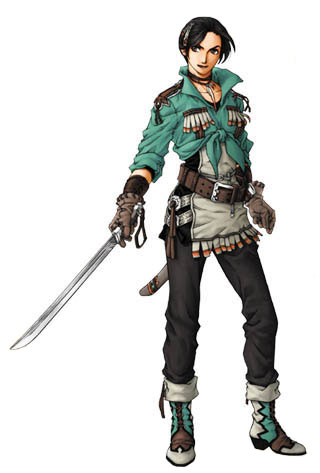