The head of the Assault Squad, the vanguard of the Dragon Cavalry. Roog is often seen with his dragon horse, the ornery Lance, and with Rahal. Those two were together in the Dragon Cavalry exhibition during the Sacred Games, and dedicated themselves to intel-gathering after Lord Barows's covered up Armes's involvement.

Roog was always more direct then Rahal is. He wants to go directly to Rainwall and beat some sense into Lord Barows, but is stopped by Rahal's level-headed thinking.

To prove himself worthy to Lance, Roog tussled for a whole day with the dragon horse. Typically, Lance didn't even let humans near him before that.

When the Prince and Miakis travel to Sauronix Castle, Roog and Rahal greet the Prince. It strikes Roog as odd that Craig would not ride after Godwin teams up with Armes and invades. Roog talks to Craig about this, and joins the Prince's army when Craig still will not ride.

Roog travels to Gordius to see if he can figure out the problems, and discovers Godwin infested the place and holds the eggs hostage. Roog and Rahal work to rescue the eggs from the assassins, but only manage to stop Dolph when Nick's bad flute playing makes all the dragon horses scream in protest. The resulting sound is enough to make even Dolph stop in his tracks.

Roog rides alongside the Prince to drive out the Godwins. After the war ends, the Sun Palace Dragon Cavalry is set up as part of Dragon Cavalry reform. Roog becomes the head of this new faction. - Matt620 (article), Basel (image) 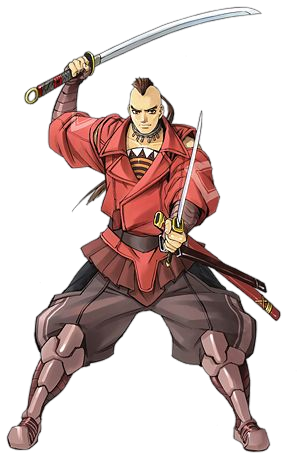