Rhett is an easygoing young duck who is like a younger brother to both Wilder and Sergeant Joe. His love for food shows in his appearance, but he is still formidable with his halberd. Even with his combat skills, he prefers to specialize as a guide, and helps to show people around. However, after participating in the Second Fire Bringer War, he departs to join Ernie in the Zexen Archeology Association. - KoRnholio 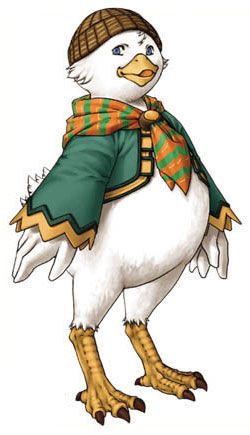